Described as “Formula 1 on the water”, XCAT (short for Extreme Catamaran) is one of the most challenging and extreme powerboat series in the world with the largest international contingent and greatest number of teams competing at spectacular locations across the globe.

The opening party that kicked off all the festivities and fast and frantic competition was held at the idyllically located Southport Yacht Club. Mayor Tom Tate, sponsors, teams, and the city’s luminaries toasted the event, which was a mighty coup for the Gold Coast. Guest enjoyed an authentic Aussie welcome with indigenous dancers, a traditional smoking ceremony, excellent catering and the on-water serenity of the Waterscape pontoon.

Glowing with its LED-lighting and appearing to shimmer above the water’s surface, the Waterscape was one of the stars of the evening, evoking positive response from guests eager to take in proceedings from its vantage point.

General Manager, Brett James said Waterscape added another dimension to the Club’s events and social scene and guests and members were drawn to it.

“We lit the Waterscape in orange, the XCATS’ corporate colours. The VIPs and delegates from Dubai said they had never seen anything like it! We had 300 people at the Club, and they were all eager to try it. Waterscape adds another dimension to our events.”

Since May, SYC has enjoyed plenty of attention around the Waterscape, designed by Superior to enhance the on-water experience.

The appeal, explained James is “feeling closer to the water”.

“On Waterscape, you’re right on the water, among the boats, under the stars, in your own private space, yet just a step away from the Club. People tell us they feel closer to the water. It’s unique. It’s peaceful. You can hear the band, but you’re removed. And everybody talks to each other. It’s a welcoming, social environment.”

“Our members took to it immediately and even during winter, it was full,” said James. “It’s very popular on Saturdays for private functions. The wedding market too is drawn to the Waterscape, instead of being stuck indoors, and we’ve held cocktail parties, corporate functions, anniversaries, car launches, business functions, boating events.”

SYC has added to its custom-built Waterscape with accessories such as aluminium capping, SYC and club sponsor logos on the glass panels, a bar, umbrellas, concealed power outlets and roping on one side for boat access. 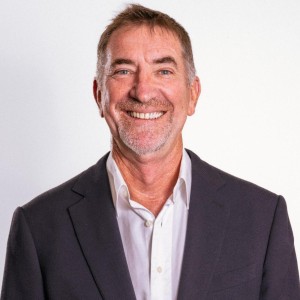