Superior constructed its fourth RTA public ferry station for the Dubai Municipality, located on the marina for the New Deira Fish Market, at the entrance of Deira Island development.

According to Vauramo, the marina will serve as operational site for fisherman for their daily activities, enabling them to unload their fish to the newly built fish market complex. It will also have its own designated public water transport station for RTA water taxies and ferry, aiming to attract tourists to the area.

In addition to the RTA public transport station and the option to charge electrically operated dhow boats, the marina will feature state of the art MEP (marine electrical power) and fuelling system for fishermen.

“The pontoons will serve Dubai fishermen using the new fish market facility. The marina will be under heavy daily traffic of fishing boats and heavy wooden dhows. The pontoon system is equipped with bespoken deck level LED lighting and point accurate SOS system for additional security,” he says, adding that the project involved a number of constraints that required rigorous documentation of engineering standards to comply the requirements.

“It required the co-operation among the various parties including other contractors at site, as well as taking into account the aesthetic requirements of the client.”

The RTA station pontoons are specially tailored and have raised deck structure to accommodate Road and Transport Authority requirements for ferry traffic and up to 1.3m pontoon freeboard.

“This allows the required flexibility to construction and shape /size of the units, as well as durability and safe operation,” explains Vauramo. “Each terminal used two pontoons 5m wide, and weighed over 55 tonnes when delivered by road. A 300 Tonne crane then lifted them into the water.”

Almost 90 percent of the new fish market is complete. A vegetable market and parking station will top off the development, anticipated to be complete by March 2016.

According to the vision of His Highness Shaikh Mohammad Bin Rashid Al Maktoum, Vice-President and Prime Minister of the UAE and Ruler of Dubai, Deira Island Fishmarkets is part of his aim to create “an environmentally sustainable city”, applying green building methods and building to international standards as well as fulfilling public health and safety requirements.

The three-storey market contains 500 units of which 72 are stations for fish cleaning services, 75 for the meat and poultry market section, 140 for fruits and vegetables, 65 for dried food stuff, in addition to units dedicated to cafes and restaurants dispersed across the market complex.

Faisal Juma Al Badawi, Director of Corporate Marketing and Relations at Dubai Municipality said the development combines both traditional and modern motifs. “The building resembles a traditional souq but is air-conditioned, clean and has restaurants and a hypermarket for visitors to spend their day comfortably,” he told local media.

Superior and Marinas Performance LLC are working on various projects for the Abu Dhabi government authority within the UAE for national security, among them floating fuel stations, a pontoon for the new Presidential Palace, works at the Abu Dhabi National Exhibition Centre and several marine contractors within Abu Dhabi, Dubai and the UAE. 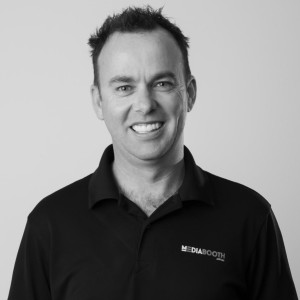